I’ll be honest, when I first considered going to Oktoberfest, I saw it as a tick box experience that Kiwis HAVE to do when they live on this side of the world. I’m not a huge fan of crowded parties, I try to avoid the hordes of drunk Aussie guys in London and most importantly, I don’t actually like beer…

But I gathered my squad, booked a spot with Stoke Travel and ordered a traditional Oktoberfest dirndl (from Amazon for £25, absolute bargain), and jumped on an early Saturday morning flight to Munich for a whirlwind 36 hours at the largest beer festival on the planet.

When I arrived, I realised Oktoberfest was so much more than I expected it to be. There were gigantic beer halls yes, but there were also freshly baked pretzels, authentic cooked lunches, live music, rollercoasters, parades and more. It was Disneyland for adults, and I freakin’ loved it. Here’s my ultimate Oktoberfest guide. Originally a wedding celebration from over 200 years ago, Oktoberfest is now a huge Bavarian folk festival held all over Germany and the rest of the world. If you live in a big city you’ll probably see European-style bars holding Oktoberfest events with stein deals and costume prizes, but Munich is home to the one and only true Oktoberfest.

The festival is home to 14 beer tents, including six of Munich’s original breweries, as well as fairground rides, hundreds of stalls selling delish local cuisine, and over 6 million visitors from Munich, other German cities, and abroad.

The festival is held at Theresienwiese, where the original Oktoberfest was held back in 1810 for Crown Prince Ludwig I and Princess Therese’s wedding. It’s super easy to get to from central Munich, and is a short ten minute walk to a train station to connect you with the rest of the city. Overall it’s a whopping 420,000 square metres though, so don’t lose your friends once you’re there!

We stayed at Stoke Travel’s Stoketoberfest campground on the outskirts of the city, and it was about a 35 minute journey that included a bus and two trains. Not too bad considering we were paying far less for accommodation than anyone in the city.

Oktoberfest 2019 begins at midday on Saturday, 21 September and will close at 11.30pm on Sunday, October 6.  Yes, it’s actually got more days in September than in October. False advertising! What do you do there?

Aside from the obvious, drinking beer, there’s loads to do for all different types of travellers. It’s a very local experience which I wasn’t quite expecting, we met heaps of super friendly Germans who were happy to share stories about the festival and their country. It’s easy to strike up a convo with people when you’re jam-packed onto a little wooden bench!

We met some hilarious travellers from Russia, Sweden, Australia and Italy, as well as lovely locals from Munich and Hamburg. One of them even proposed to my friend! Another reason to head back next year.

Although eating is cheating, everyone needs some sustenance during a day on the steins. If you need to carbo-load then just catch the eye of the pretzel ladies wandering down the aisle; expect to pay around €5 for pretzels inside the tents or as little at €2 outside the festival.

If you want a decent meal, the beer tents also offer roast chicken and potatoes, bratwurst, pork knuckle and more inside while you’re drinking. I’ll have two steins with a side of half a chicken, please! Need a sugar boost in the early evening? Outside the tents you’ll find stalls covered in gingerbread biscuits, candy floss, crepes and more.

Confession: When I drink, I revert back to a 10 year old. This means thrill rides seem like a good idea, even after eight hours of beer. From giant rollercoasters and sky-high chair-o-planes to haunted houses and bouncy slides, there’s plenty of fun for the young at heart.

If you’re there on the first weekend you’ll get to see parades too, where different breweries and folk bands from around Europe make their way through the streets to get to their halls. Amazing costumes, some great band music and an incredible show of different cultures. Where should you stay at Oktoberfest?

The most convenient option would be a hotel or Airbnb in the city, but these are pricey AF (as you would imagine). Oh, and expect to book 6+ months in advance to lock in your spot, or earlier if you’ve got a big group. Too hard basket? If you’re into partying, don’t mind roughing it and want to be amongst other young people, I’ve got just the place!

On our trip we stayed at Stoketoberfest, Stoke Travel’s campsite. Full disclosure: it’s not for everyone. In saying that though, it’s perfect for some people! Stoke’s tagline is ‘party travel for the open-minded international’, and it’s exactly what it says on the tin.

Stoketoberfest is on the outskirts of the city but still reasonably easy to get to the festival, you can choose from normal tents or glamping, and you can get FREE unlimited sangria and beer if you enter FINDINGALEXX when you book your trip. You’re welcome!

We opted for glamping (€130 per person per night, vs. €60 per night for normal camping) which meant we had way more space, a light, a mirror, actual wooden bed bases, blow up mattresses and two sleeping bags. We were meant to have WiFi too but this wasn’t working when we were there. I would say that glamping is worth the extra money, unless you’re a qualified tent pro who can get dressed into ridiculously tight dirndls without needing to stand up. If you are, I salute you.

Stoke’s famous for next level parties packed with drunk Kiwis and Aussies, so if this is your jam then I guarantee you’ll have a fun time. There’s pre- and after-parties when you’re not at actual Oktoberfest, live DJs all night long, a greasy breakfast to soak up the booze the next morning, and plenty of chances to meet a lederhosen-wearing Prince Charming.

You’re sure to make friends with fellow festival-goers, and you’ll probably witness or even partake in some *ahem* extra-curricular activities, be it a nudie run, a shoey or a shoey while nude. I’d like to formally apologise to the lovebirds in the tent next to us, whose adult fun time was interrupted when Bex decided to yell “YEAH GIRL, GET IT!” as words of encouragement. Apparently it really ruined the mood.

Once again, this style of travel is not for the faint-hearted. The bathrooms were foul even by 2pm on the first day, the electricity went out one night and didn’t get fixed for hours because “the electricians were too drunk” (actual quote from the campsite managers!), and it wasn’t the best place to be when the late September weather set in. We were only there for one night due to a cancelled flight, it was pouring with rain the entire time AND I was recovering from a bout of sickness after my Bali trip so I didn’t have the greatest time, but I’ve spoken to more party-oriented friends who rave about it. You can’t please everyone!

In terms of the cost, I think you’d be hard-pressed to find an option at Oktoberfest that’s better value, plus they offer cheap train transport to get to Munich from various cities around Europe. You can find all the details about Stoketoberfest here, and see all of Stoke’s other trips here. They do Ibiza, Croatia, La Tomatina, Hogmanay (if you haven’t got your New Years plans sorted!) and loads more. If you’re looking for an Oktoberfest experience but can’t wait until next October, Springfest is the springtime equivalent and is known as Oktoberfest’s little sister. Stoke Travel hosts party-goers there too, check out all the details here. 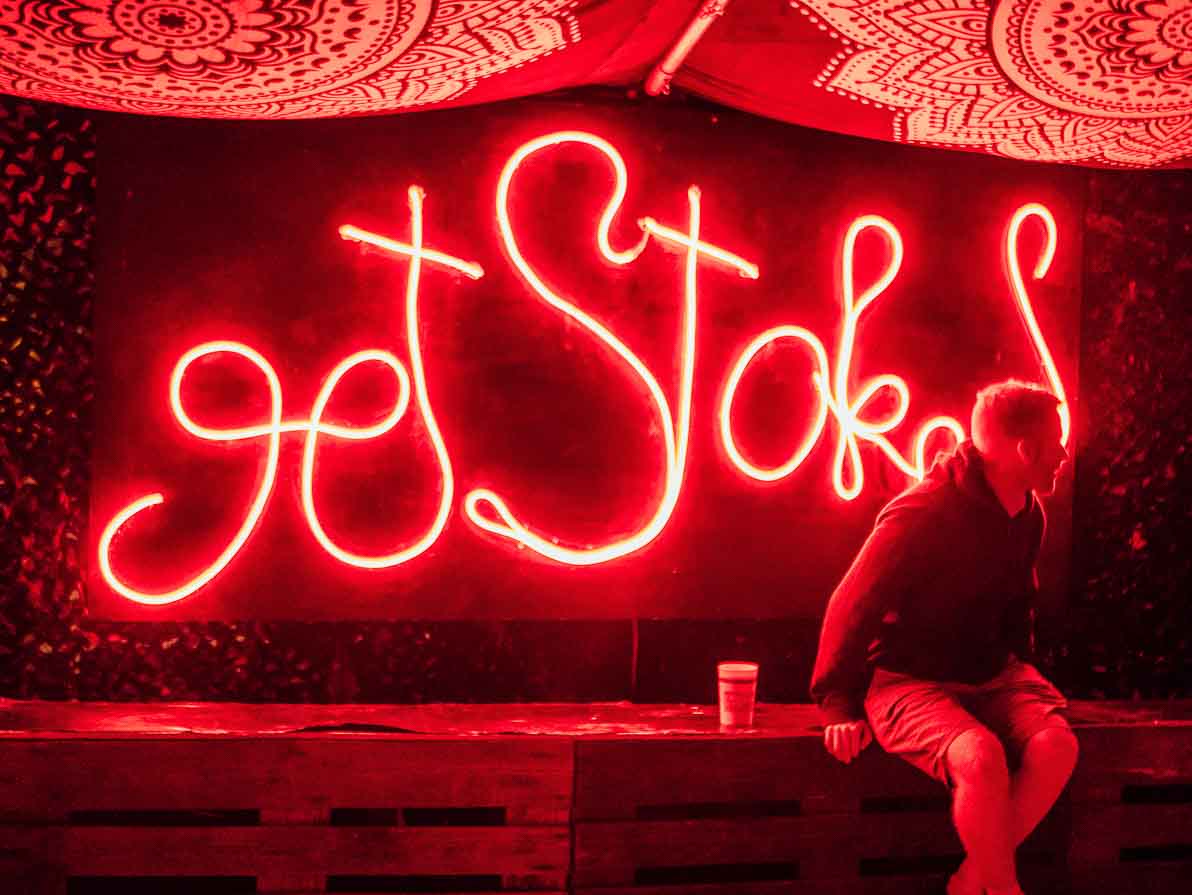 Have you been to Oktoberfest, or is it on your bucket list? If you have any other questions you need answering just comment below, and I’ll update the blog!

Thanks to Stoke Travel for hosting us for the weekend. As always, all opinions are my own and are based on my personal experience.

Remember, always get travel insurance! I have an annual policy with NZTI that covers me for all trips I do throughout the year. It covered me for this trip when our flight got cancelled and the airline had no rebooking options, absolute nightmare at the time but insurance saved our butts. My policy covered the cost difference between my refund and my new flight, plus the missed night of accommodation.

The ultimate travel guide to 3 days in Dubai